Thermography and detection of breast cancer in women

Breast cancer is the second most diagnosed cancer around the world after lung cancer (it accounts for 11.9% of all cancers).1

It is the most common cancer in women in the world. It is the fifth leading cause of cancer death in the entire population.2

The efficiency of breast cancer diagnostics and treatment is determined by numerous factors. The results of research presented at the European Cancer Congress 2013 (ECC 2013) show that the quality and efficiency of oncological treatment largely depend on the health care system functioning in a given country.4 One important element of oncological treatment is organization of prophylactic measures, which influence the efficiency of further treatment; detection of breast cancer at the earliest stage significantly improves the treatment success rate and reduces the mortality rate by approximately 25%. Due to long symptom-free development of cancers and the low level of oncological awareness in Polish society, numerous cases (according to some sources even around 50%5) of breast cancer are detected at a very advanced stage.

Breast cancer diagnostics use imaging examinations which allow doctors to detect lesions and determine their location, size, and shape. The most popular and most important imaging test is mammography (MMG), applied on its own or with a complementary ultrasonography examination (USG). According to the American College of Radiology, mammography is the main breast cancer screening tool in women over 40 years of age.3 The sensitivity of MMG in detecting neoplastic lesions is around 85% (range of 50%–90%), and is lower in the case of high density breasts that are typical in younger women. Some lesions, even some detectable during palpation examination, are not visible on MMG images.6 In younger women, ultrasound (USG) examinations are sensitive and relatively specific tests, which are recommended even for pregnant women. At present, the most sensitive imaging examination in breast cancer diagnostics in all age groups is magnetic resonance imaging (MRI). MRI screening is recommended for women with high breast cancer risk; i.e., women with BRCA1, BRCA2 gene mutations or a 50% risk of such mutations (mutation in mother or sister), with a 20% risk of breast cancer due to family history, or who underwent radiotherapy of the breast area before the age of 30.6 It is recommended that any lesion suspected of being neoplastic, detected by palpation examination or imaging, should be verified by pathomorphological examination.7

Recent years have seen the emergence of a new way to monitor the changes in women’s breasts which complements and supports the existing imaging diagnostics. The method uses liquid crystal contact thermography for the imaging of changes in the body.

Intensive research on military applications of infrared detectors conducted during World War II resulted in a rapid development of this technique. The first thermographic medical examinations were conducted by Ray Lawson in 1956 with respect to breast diseases in women.8 Later studies confirmed the discovery that the temperature of the affected area was 1–2 °C higher than the temperature of a symmetrically located spot.9 The starting point for thermography was the black body theory, according to which every body having a temperature above absolute zero emits thermal radiation.10

In the early 1980s, the US Food & Drug Administration considered thermography to be a promising method for diagnostics and detection of early-stage lesions in the human body, such as limb necrosis in diabetes. However, due to limited technological capacity, the potential of this method had not been fully used for years. Recently, the development of knowledge and science, and of operational resources, has allowed scientists to conduct work on improving the method. Now thermography is applied for detection of lesions that emit thermal radiation, such as breast cancers in women. Polish scientists were among the pioneers of thermography. Henryk Jaremek, PhD, is the author of the technology of air-tightening of liquid-crystal thermo-optical mixtures for medical applications. He implemented the technology using the method of dispersing liquid crystals in film-forming materials and generating liquid-crystal film. The above solutions provide the basis for liquid-crystal matrices that are the foundation of contact thermography.

Thanks to their specific properties, liquid crystal compounds allow for the registering of changes in temperature on the surface of the human body’s skin and the presentation of them graphically. The method enables imaging of norms and anomalies in the human body. The matrices applied to the examined surface show color images of temperature distribution, using red, green, and blue color. The analysis of temperature distribution allows doctors to determine whether any neoplastic lesions have formed in the examined breast.

Research conducted in recent years has enabled preliminary determination of the efficiency of the method. The ThermaCrac study conducted in 2013 allowed researchers to determine parameters for the entire population of women aged > 18 years: sensitivity of 72% and specificity of 58% compared to standard methods of breast pathology detection. The sensitivity of the procedure combining thermographic examination and mammography was as much as 96%. The study also proved that thermography, mammography, and ultrasonography complement one another, providing an opportunity for further development of various methods for breast pathology diagnostics.

The sensitivity and specificity of thermographic examination compared to standard diagnostic procedures amounted to 72% (95% CI 60-82) and 58% (95% CI 55-62) respectively, for the entire population. The method has been proven to be reliable, safe, and clinically useful, and may over time become an important supplement to screening for breast cancer in women.11

Another study in this area is a prospective, multicenter, open-label, observational, non-interventional, ThermaALG BRA/11/2014 study. The aim of the study is to evaluate the diagnostic efficacy of the new versions of the interpretation algorithm for thermographic images obtained by liquid crystal contact thermography, and to compare them with the previous version. It will be evaluated in two possible applications; namely, as preliminary screening and as a supplementary examination to verify incorrect ultrasonography images of breasts. Its results will be presented this year.

Liquid crystal contact thermography techniques are increasingly often used as a tool supporting traditional diagnostics. Although they are not perfect yet, the method seems to be promising and work on its improvement offers hope for an efficient tool for breast cancer detection in women in the future.

4. Ades F. To what extent does survival after cancer diagnosis in Europe depend on how much governments spend on health care? www.youtube.com. [Online] European Cancer Congress 2013 (ECCO-ESMO-ESTRO), 28 September 2013. [Retrieved on: 1 August 2014.] http://www.youtube.com/watch?v=Hf7MlsnFjLY 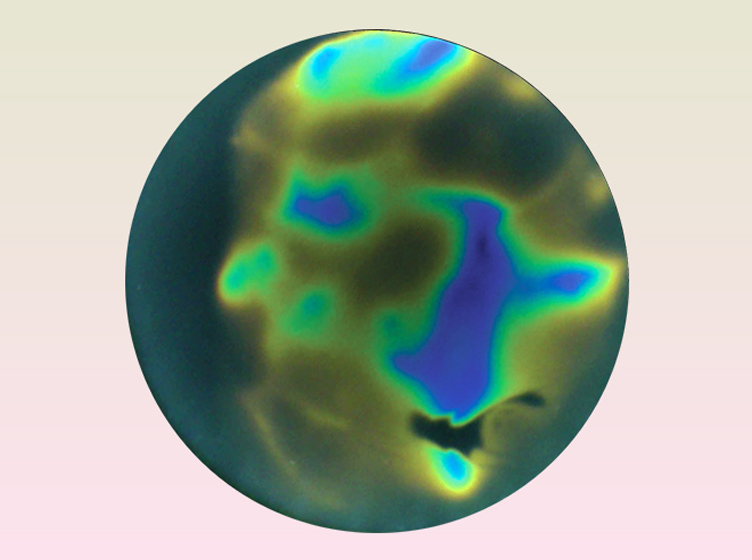 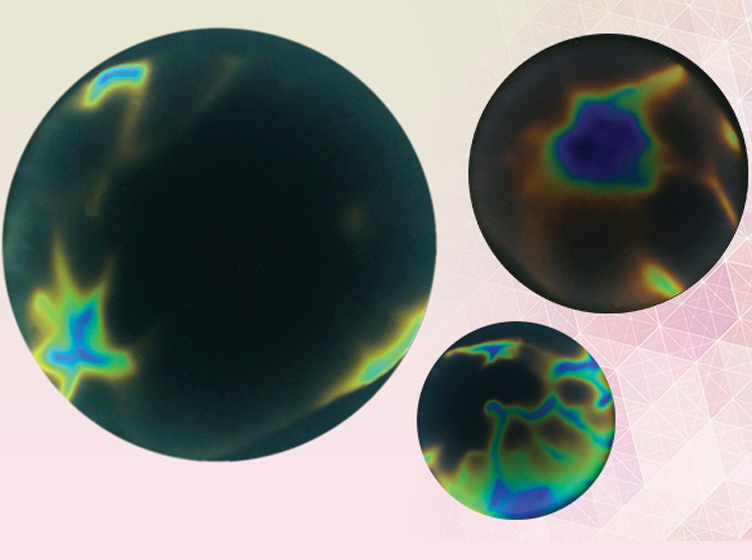 Send us an e-mail

Consent to communication by e-mail

Your message was sent.
We will reply as soon as possible.